The UK government has granted funding towards Europe’s first low carbon hydrogen energy production plants. The Department for Business, Energy and Industrial Strategy (BEIS) announced £90 million of funding on February 18 as part of its efforts to cut carbon emissions to “net-zero” by 2050. 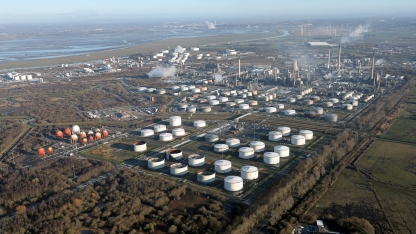 £70 million of the funding will go towards projects involving hydrogen, including Europe’s first-ever large scale, low carbon hydrogen production plants – the first on the banks of the Mersey in Cheshire, the second planned for near Aberdeen.

The hydrogen production plant projects are led by the HyNet consortium. The Cheshire project will see a plant developed at Essar Oil UK’s Stanlow refinery in Ellesmere Port. The project involves Johnson Matthey, SNC-Javelin, and Essar Oil UK. The plant will produce around 3TWh of low-carbon hydrogen for local industrial customers. The second plant will be developed at the St Fergus Terminal in Aberdeenshire.

Elsewhere, a St Helens-based glassmaker will use hydrogen in its glass-making process, a world first, and Unilever’s Port Sunlight will trial the use of hydrogen in a commercial scale boiler. These pilots were allocated £5.2 million in funding.

According to HyNet, over 95% of the carbon used in the process of producing hydrogen at the new production plants will be captured and stored. When operational, the Stanlow facility will capture around 600,000 tonnes of CO2. The hydrogen will be distributed by a new pipeline network which is currently being developed by Cadent Gas. This network will also provide a pathway for renewable hydrogen use in the future.

BEIS says hydrogen is a low or zero-emission alternative to fossil fuels which could power future industry and transport. The investment will also fund projects to trial cutting-edge technologies for switching industrial production from fossil fuels to renewables in industries such as cement and glass production.